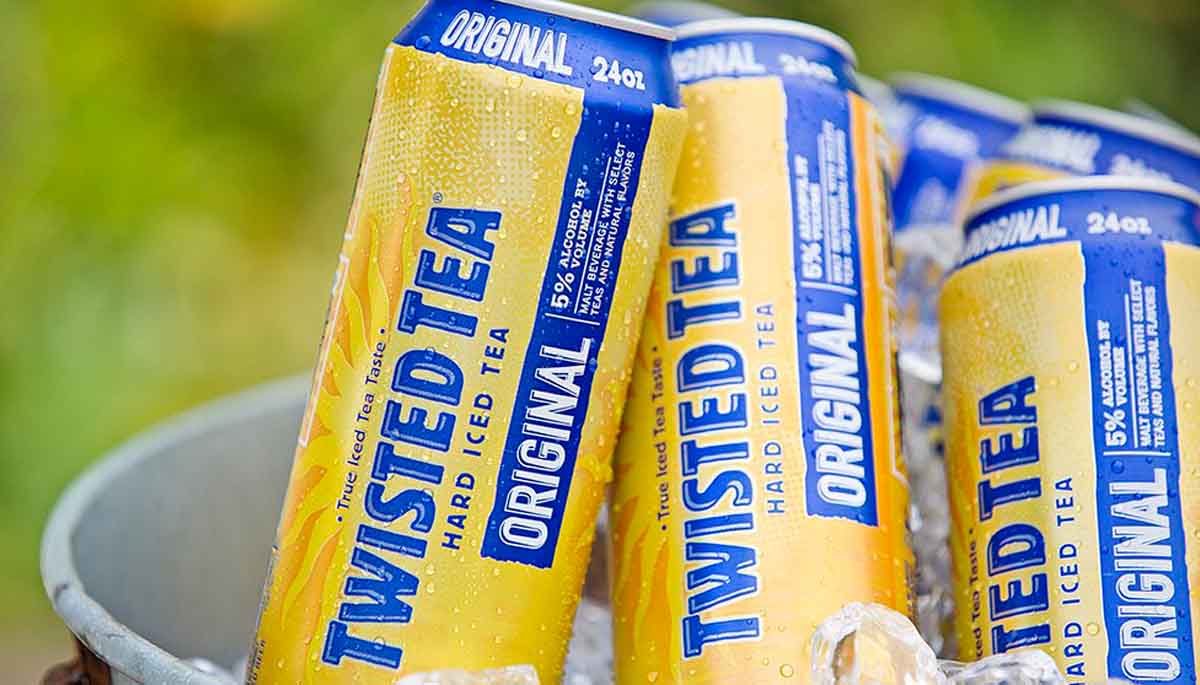 Twisted Tea is a hard iced tea, made with real brewed black tea along with a hint of natural lemon flavour. It is a non-carbonated, naturally sweetened refreshing drink owned by Boston Beer Company, originated from Ohio and was first made in Cincinnati in 2001. It is manufactured in the US and sold in 750 ml cans or bottles. It contains 5% Alcohol and is made with selected teas with actual lemon which gives it a clean and refreshing taste.

This tea comes in not just one but nine different flavours as mentioned below. All  flavors taste is great. The most liked flavour among users are Blueberry and Blackberry…!

All the flavours contain the same amount of alcohol. It is not like beer as it is not carbonated like beer. Twisted tea is not a gluten-free or caffeine-free drink but it doesn’t contain milk, fish, crustaceans, peanuts, or soy. This is a healthier option than many other refreshing drinks.

It is a smooth refreshing tea-like beverage with a hint of alcohol that can be consumed at any time of the day. It should be stored in a cool and dry place and also not exposed to sunlight.

Once opened, the drink should be consumed as early as possible otherwise it can lose its optimum quality due to oxidation. Like any other tea leaves or tea bags, twisted tea too contains caffeine in it but the amount is only 30 mg which is negligible.

Although, it comes in cans and is sold in bars and liquor stores the drink can also be easily made at home. To make Twisted Tea at home, the ingredients required are lemonade, mint leaves, sweet tea, and vodka or beer. It is a mildly sweet and light drink, making twisted tea an ideal choice for summer entertaining and barbecues.

Twisted Tea Nutrition Facts Have Been Listed Below

Does Twisted Tea have Carbs?

Yes, it does contain carbs and in all of its flavours. Because of being high in sugar content, it is high in carbs. However, the amount of carbs depends on different flavours as well as the size of the drink one takes.

The first and the most common type of twisted tea i.e. Original contains 25.9gm carbohydrates, which is equal to 12% of our daily intake of carbs.

How many calories are there in Twisted Tea?

The Original flavour of Twisted Tea contains 190 calories. Although the number of calories is not the same in each drink as it varies according to their flavours.

How much sugar is in Twisted Tea?

While it does contain sugar, the amount of sugar varies depending upon the different flavours. The basic amount of sugar in each drink is typically around 23.3 grams per bottle.

As per the quantity of sugar in each drink, people who are being careful with their sugar intake should be careful with taking twisted tea as it is high in sugar content.